We are moving with the Governor's and CDC's precautions to help you move safely.

Get a Free Quote

Moving? Let us help you! With just a little information about your move we can get started with a free moving quote.

The small Toledo suburb of Sylvania, Ohio is a great place to move to and enjoy a small-town atmosphere in close proximity to larger cities. Sylvania is less than two hours away from Detroit and less than 20 minutes northwest of Toledo. Sylvania is officially known as Sylvania Township, and it is the Ohio township eighth highest in population.

Sylvania is known locally for its recreation. Access to nature, great rec centers and residents who deeply appreciate their green spaces all adds to the appeal of moving to Sylvania. There are several parks in the city including Olander Park which has a large 28-acre pond, as well as other satellite parks, namely: Fossil Park, Sylvan Prairie Park, Whetstone Park and Southview Oak Savanna. The Sylvania Department of Recreation is outfitted with great youth and adult programs as well as a building with 2 ice skating rinks and 2 indoor soccer fields!

Things To Do In Sylvania:

If you love culture, arts, shopping, great food as well as quaint, walkable downtown areas, Sylvania has it all. It’s close to most of the biggest attractions in Toledo, and there’s plenty of events in Sylvania to keep everyone in the family happy.

Shopping in Sylvania Ohio is well known all around the area, and we love the restaurants. There is a range of culinary delights to be had from classic bakery treats to Japanese cuisine. We’re no critics, but here’s a list of some of our favorite local Sylvania businesses:

Where is the City of Sylvania?

Even though the city of Sylvania is so close to Toledo, we wouldn’t blame you for not knowing exactly where it is. The Sylvania zip code is 43560. To reach Sylvania from Toledo, simply take the I-75 out of downtown Toledo, then hop on the Hwy 23 North to Sylvania. Sylvania is also easy to reach from Detroit: simply take the I-75 south all the way to Toledo, then continue west from Toledo on I-75 before exiting north on Hwy 23 to reach Sylvania. Because of Sylvania’s location on the border of Ohio and Michigan, it is an easy drive to the major city of Detroit (just two hours away), Toledo (less than 20 minutes away) and Cleveland (just 2 hours away). Being so close to these great cities means you have access to several world-class attractions:

Why Move to Sylvania?

Sylvania is a great town to raise a family in, and a rising economy in Toledo means that moving to this suburb has never been a better idea. Sylvania Ohio schools, public high school, elementary and charter schools, are well-regarded, so you know your children will get a great education. There are even opportunities for higher education in Sylvania, such as the Medical College of Ohio.

If you’re looking for Sylvania Ohio Apartments, apartments.com has 236 units listed at the time of writing, and there are plenty of helpful real estate agents in Sylvania, including DiSalle Real Estate, Re/Max and Loss Realty Group. To help you while you shop for a new home if you are moving across the country in Sylvania, there are a range of Sylvania Ohio hotels available in the city.

We recommend doing your research. And no matter from where you are moving to Sylvania, Stevens Moving & Storage of Toledo can help you plan your move. With the Stevens Worldwide network of moving agents, we can help you get a free moving quote for your move to Sylvania, Ohio. Just fill out the form on this page or call (844) 913-2629 today. 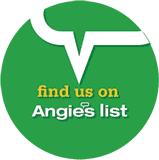